Hey people, does anyone still use a Akai MPD32?

I've been having trouble with my knobs and faders gong crazy and giving me a shit load of ghost data. Fucks the whole project settings.

Does anyone have any opinions about the controller?

Is it just a piece of shit that I wasted my money on years ago???

I've been looking at SP404. any advice on this at all?

Or should I just stick to my cave man Chalk and slate setup.
0 x

I've never used one of those MPD32's but I know they are/were, very popular MIDI controllers for beatmakers. I remember there was years it was always either one of them, Maschine or Push you would see DAW based beatmakers using.

How long have you had it? I know it came out about 10 years ago though so is probably just at the natural end of it's life. There is a never version which was released around 2016, the MPD232, if you want get something new but keep it very familiar. You can pick them up on eBay for under £100 second hand these days. I know they are built like tanks. 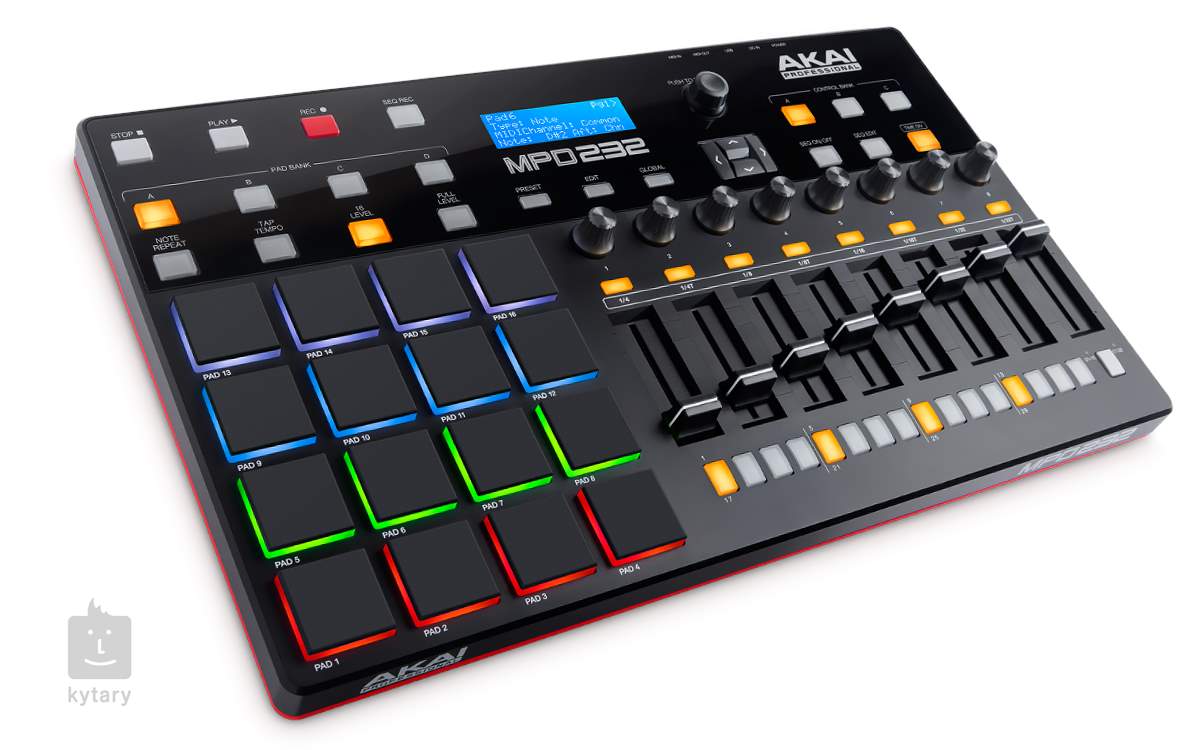 Re the SP-404, they seem to be more popular than ever in the likes of lo-fi hip-hop circles, but bear in mind that the pads aren't velocity sensitive, and overall it's not really suitable as a DAW MIDI controller so wouldn't be a replacement for your outgoing MPD32. Unless you want to get out of the box and into the SP-404 workflow, or use it as an FX unit, then i'd look elsewhere.

What DAW do you use? Once I know that I can give some suggestions.

I think I've had the MPD32 for at least 8 or 9 years. It normally works pretty well, but I've noticed the controllers getting more crazy recently.
Can I clean it up some how? Or get it serviced? I thought about switching out the stock pads, and then I could maybe give it a good clean inside?

other wise my beats have always been in some sort of DAW program.
0 x

MOXATRON wrote: ↑
Sat Apr 13, 2019 2:44 am
I think I've had the MPD32 for at least 8 or 9 years. It normally works pretty well, but I've noticed the controllers getting more crazy recently.
Can I clean it up some how? Or get it serviced? I thought about switching out the stock pads, and then I could maybe give it a good clean inside?

Once those encoders go that's it really. You could always buy one that still works well second hand. I see they are going for about £50.

other wise my beats have always been in some sort of DAW program.

Which DAW do you currently use?
0 x

Cool. Well let us know what you decide to get.

Think I'm going to get some fat pads for my MPD. Bloody pricey though! $45 Dollars! and then there is the postage for the States.

Plenty of parts and custom options as well. So if i get brave enough I could replace the dodgy knobs when I figure out which ones are being annoying. Or replace a circuit board.

Picking which colour should the pads be?!! Good damn choices. Glow in the Dark ones.....
0 x

So I've gone and ordered some new replacement pads and sensitivity sticky things for my MPD.
I didn't go for the fat ones in the end, they where a lot more money then the normal factory ones.
Got some nice new red pads.
https://www.mpcstuff.com/akai-mpc-pad-set-red/
62 dollars with shipping. About 48 quid..
should be easy enough to install.
I let you know how it goes.
1 x

OK fair enough, but you could have got one that was fully working for about the same price on eBay. As far as I know you won't be able to replace the circuit board to fix the dodgy knobs though, so you might just have to get a 'new' second hand one in due course anyway if you want one that fully works.

That said, you could always put the new pads and faders that second hand one that had working knobs.

Oh well, have fun, and there's something to be said for sticking with what you know works for you.

I still have the Mac PRO Duel huge desk top Cheese grater computer with MPC 3000 i just bought. I love the old stuff and there is a resurgence. It is great to mix the old with the new it is just a little more work in the long run.
1 x

Yo people a quick update on my equipment. I fixed up my akai mpd32 a while back with the new pads and it looks and feels pretty good. Still been getting the crazy ghost data after a while when using it, trying to find a way to work around it. Maybe switch out a circuit board with the knob's that are going crazy.

On another note I managed to get a brand new SP404-SX from Japan. Received in the post today! Dope stuff!
1 x

That's a shame you are still getting issues. Great stuff on the SP404

Users browsing this forum: No registered users and 2 guests