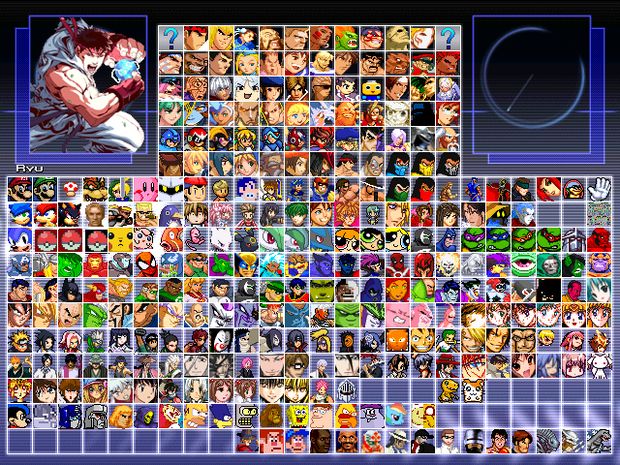 Optional provided sample is the full Tekken 2 soundtrack (every character theme and some other tracks). You can use two of your own favourite character themes from any other game, two from the tekken soundtrack, or one tekken/one outside to make a 'VS' themed beat. (For non-beat-em-ups, you can use any famous/identifiable music for the character e.g. music from the mario levels if you chose mario)

Either blending the two or making two flips is OK, bonus points for working in a 'versus' theme like one beat interrupting the other or something..

I've just checked the Tekken 2 soundtrack and there's shit ton of material!! 1hr 44mins worth of a wide range of music.

I don't know whose theme music is for who on it though, or what tracks on it aren't anyone's theme music, so if I flip two samples that aren't any characters theme music does that break the rules?
2 x

Congrats on the win Lonius!
Great rules - Can't wait to get stuck in!
1 x

I've just checked the Tekken 2 soundtrack and there's shit ton of material!! 1hr 44mins worth of a wide range of music.

Hadn't thought of that! Gonna work on posting a tracklist below
Using non-player music (or even any outside samples) doesn't break the rules as long as two character themes are the basis

might actually be better to flip through those for anyone who wants to use tekken (think I downloaded the wrong version or something I remember there being a tracklist in comments section but can't find a complete one, and it sounds a bit MIDIish

Apologies if this created workflow issues for anyone!

I believe everything else is non-character
Also there is a killer open snare at the beginning of Nina's theme!
0 x

Damn, i usually don't like those Raggeaton beats but this is supercool.
0 x

I took the piano part @15:00 minutes. And took chops from all over the soundtrack.
0 x

Worked my ass off yesterday night. Hope y'all like it.
0 x

ableton keeps crashing when i import the file -.-

i absolutely love the samples, but did the file really have to be 1:45 hours long?

Users browsing this forum: No registered users and 5 guests