Can you shortly introduce yourself?
I have been making hip hop beats since 2012. My style ranges from mellow & peaceful to energetic & excited. I draw inspiration from funk, soul, jazz, and Indian music.

I’ve now begun to explore my voice through rapping and singing as well!

Outside of music, I’ve recently completed undergrad degrees in Mechanical Engineering and Computer Science. Now I work a regular job as a front-end dev for a mid-size consulting firm. I try to minimize the amount of stress I put myself through at work so that I can cook up sick beats and sit outside.

What was your first STBB entry?
My first one was STBB #618


Can you tell us about your musical or other inspirations.. acts/ producers etc?
Specific Producers:
Kanye, Nujabes, TNGHT, Metro Boomin, 808 Mafia, Harry Fraud, Alchemist, FlyLo, Madlib, and more
In general, I like to think I am influenced by anything and everything I experience. Into my vessel comes the world, and out comes the music.


How did you learn to make beats..and do you play any instruments?
I am self-taught. After listening to some sick beats by TNGHT at a party during my freshman year of college, I decided I wanted to try making something like what they were making. So, I started researching what the bare minimum is for me to get started. I downloaded the FL studio demo, and a free DAW called LMMS to start out with. I got addicted to the process quickly and just kept making beats while feeling the awe of discovery. Soon, I expanded to taking a stab at all sorts of different beat styles.

I don’t play instruments these days, but I have a background in mediocre piano and violin playing from back in middle school & high school. I still utilize my piano knowledge a lot when adding melodies to my beats through my keyboard.


What equipment or software (DAW, VST’s etc) and production process did you use on this track?
DAW:
Reaper (https://www.reaper.fm/)

Process:
I started with finding the right combination of samples that would blend well together. Then I got some hi-end percussion rolling, and from there went on to construct a snare. The beat really started getting interesting when the Kick came in. And finally came to life with the addition of the 808 bass. The first kick and 808 pattern that I came up with ended up feeling boring to me, so I revised it a day or two later to get the final product I was happy with. I’ll go more into detail with the production process in the next few sections.


How did you make use of the sample?
It took me quite a while to decide which samples I wanted to utilize to build my beat from, but eventually I discovered that ‘Mandrillgroove4’ sample and the ‘Lindsey de Paul groove’ sample layered on top of each other really neatly and were also in the same key. Those two samples make up the main portion my beat’s sample as shown below. I added the ‘Tribe kicksnarehat’ sample later on and that was some icing on the cake.

With regards to how the samples were processed, each of the 3 samples has some EQ on it to remove lower frequencies (to make room for kick and bass). And then, all 3 samples together were processed with the following chain: 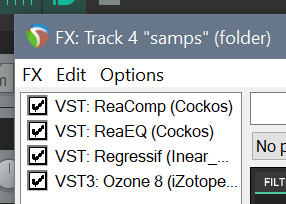 - ReaComp applies sidechain compression to the samples whenever the kick and snare hit.
- ReaEQ further removes some of the lowend frequencies below 100hz.
- Regressif adds some glitchy/lo-fi dirtiness to the sample for a more retro feel.
- Ozone’s ‘stereo bus dimension’ preset was applied and slightly modified to give the samples some extra width and depth.

How did you go about the drumwork?
Snares:
The snare I used is actually part of a hit hat loop I found. I liked the tone of it so I cut it out of the hi hat loop, applied EQ and compression until it had the tone and umph of a snare, and then added a second reverbed layer of that snare that sometimes hits with the main snare.

Kicks:
The Kick I used is the Madbliss_Kick4 with some processing through the Bittersweet VST for extra umph. With regards to how I placed the kicks, I placed them on the DAW grid by hand (laptop mouse) and adjusted the placement through trial and error.

808:
The 808 I used is the 808 [Stubby]. Funny thing about the 808 is that I opened up my DAW to write this out for y’all, and surprised myself by seeing that I had put an Ozone 8 ‘drum bus space’ preset on the 808, which is odd because that preset is generally used to widen out drums, which is usually considered bad practice for 808’s. Oh well! I guess that proves the idea of there being no rules in music.

Percussion:
All other drums in this beat got packaged into a drum bus that went through two layers of ozone 8. The first layer was a modification of the ‘drum bus space’ preset. I really love the wide expansive feeling this preset provides to percussive elements. It can be a bit overboard though so I had to tone down the width to maintain clarity. The second layer was an unmodified ‘trap drums’ preset to bring some punch and snap back into the widened out drums. But what was actually in this drum bus I speak of? I made use of 3 different loops, chopped them up slightly as needed, and EQ’d the living daylights out of em to only keep the high end movement. I also included a clap to provide some extra layering to the snare I described earlier. And even included a second layer of the Kick. This drum bus is detailed out below:

Are there any interesting aspects about the track you’d like to share?
I’d like to mention that the cover art for this track was taken in my neighborhood one evening when the sky was extra purple.

Any recent projects/collabs going on?
I recently put out my first Album in which I am exploring my singing and rapping voice. Even though I’ve been a beatmaker for so long, I now recently realized I can express myself even more by vocalizing. Going forward, I plan to continue this journey of exploring my voice. The first 7 beats on this project are mine. 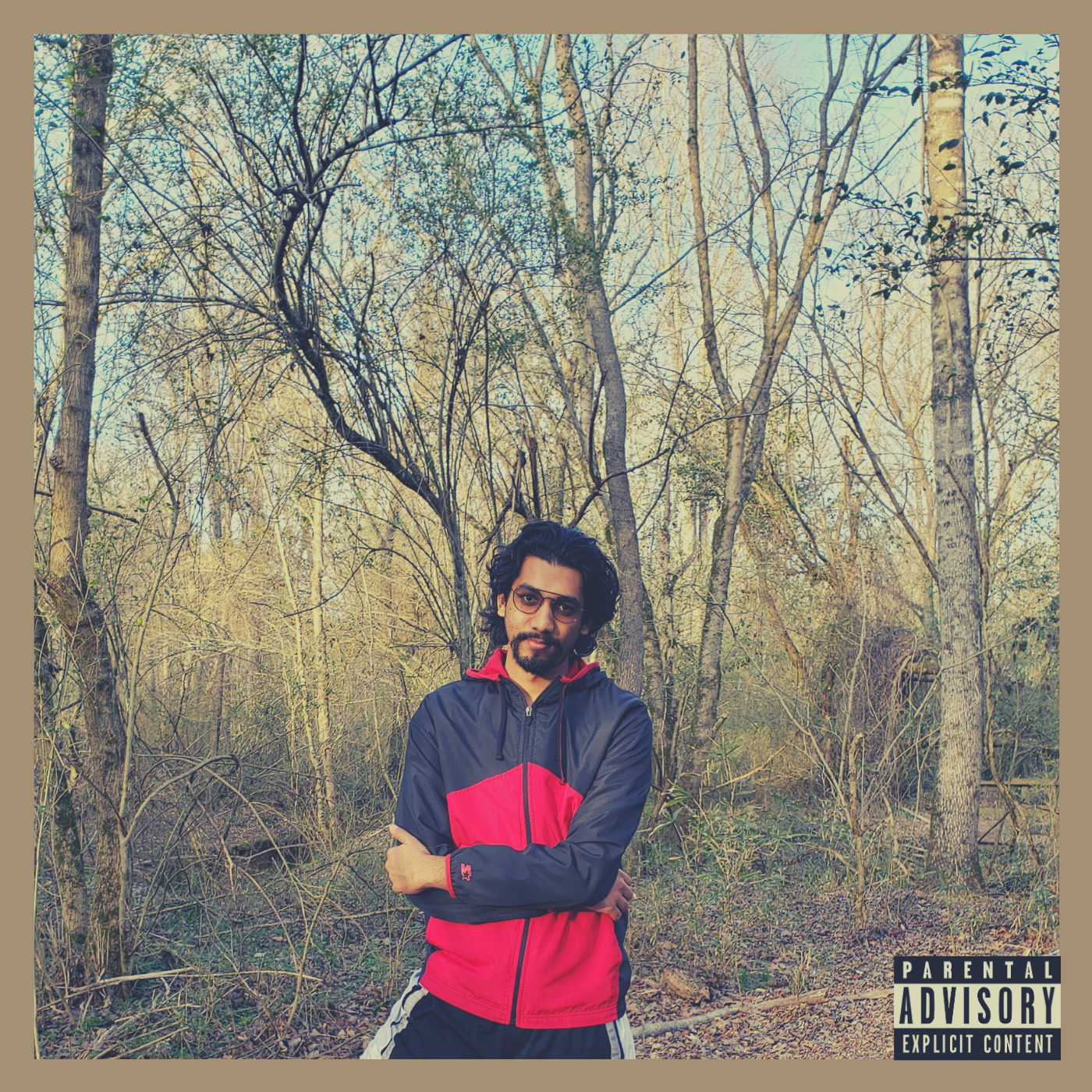 
Anything else you'd like to say?
Thank you to STBB for providing this platform, and to the STBB community for keeping the challenges so vibrant and full of engagement.
3 x
Post Reply
1 post • Page 1 of 1